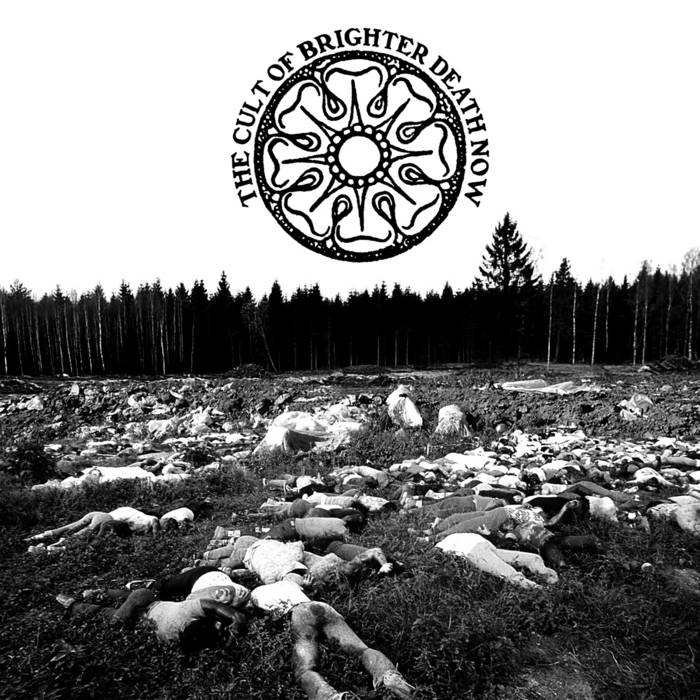 Roger Karmanik and Brighter Death Now are names that need no introduction to those who enjoy the more extreme side of industrial music. Karmanik’s work under the moniker of BDN has defined some of the most depressing and punishing styles of electronic, noise and industrial music. Brighter Death Now remains the dominant force in Death Industrial by consistently pushing the extremity and oppressive atmosphere of their sound. Where many artists would be satisfied with an atmosphere of confrontation and unease, the intrigue of BDN has been their ability to consistently remain ahead of the pack, actively setting standards rather than adhering to them.

Their latest work, All Too Bad – Bad to All, proves that even after three decades of oppression, BDN remains a formidable force in the realm of heavy electronics. The album relies on the combination of death industrial and dark ambient fused with power electronics that has defined their later work. By combining the depressing atmosphere of earlier works like the Great Death trilogy and Necrose Evangelicum with the more power electronics inspired work like 2005’s Kamikaze Kabaret, BDN continues to push for a sound that is both totalizing in vision and sonically dominating.

Tracks like “Personal Booby Trap” showcase this combination perfectly. With its familiar sonic trope of a slow churning rhythm, this driving force works alongside distorted vocals and waves of atmospheric synth frequencies that create a sound that is as intense as it is haunting. The following track “Sex Crazy America” pushes this formula to a more extreme conclusion. The driving synths and distorted processed vocals gain prevalence in the mix as these sounds set the perfect tone for the samples about the depraved sexual desire for war that defines America – a comment as timely as ever.

The following track “Let Everything Rot,” is a highpoint on the album as it further exploits processed synths and vocals with a static cloud of drone and dread. The dark industrial beat and loud swells of noise invoke a feeling that the end is coming, but perhaps this is not such a bad option. The imminent feeling of death and decay is ripe on most of Brighter Death Now’s work and this is cemented on All Too Bad – Bad to All in particular. Many of the album’s tracks follow a similar sound and feeling, creating one of the more cohesive albums the project has released.

While death is clearly a theme that runs through the death industrial (it is in the name, afterall) and power electronics scenes, I have always felt that the theme of death for Brighter Death Now was more fully realized and grander in vision. While obsessions around true crime are a constant source of inspiration for many artists in these scenes, Brighter Death Now has presented death more as an inevitable realization of life. The inevitable return to nothing contributes to the effectiveness of tracks like “Let Everything Rot”. The effectiveness of tracks like “Let Everything Rot” rooted in BDN’s unstoppable forward momentum toward our return to nothing.