Amorous Sickness is the new multi-media project of the prolific artist, writer, filmmaker Carlos E. (Carlos E. Oni) who has been, at a somewhat rapid pace, releasing a series of videos leading up to what is becoming a highly anticipated self released cassette, an edition of 23 – which is referenced as “highly appropriate for this year. I couldn’t agree more, and for those unfamiliar with the number 23 and its significance in magic, in turn industrial culture, should do their research going into this year. “The videos are an essential presentation of the music,” said Carlos. “I’ve always combined my artwork with the sound. But, after some thought, I wanted to concentrate on videography and bring a short film likeness with art performance as an official release for Amorous (Sickness)—using only my content, no stock (footage).” Previous to Amorous Sickness, Onis’ main solo output came from The Siamese Pearl; which drew comparisons’ in Onis’ signature romantic, as poetic in ethos as in lyrical content paired with his nuanced, sometimes dramatic vocal delivery that is reminiscent of neo-folk vocalists’ such as David Tibet of Current 93. Here, the work begins with a spoken word, ambience that flawlessly leads into an off-beat track for the Pagan Dance Floor. In juxtaposition with the concrete percussion patterns, modulating synthesizers and oscillations create polyrhythmic patterns, with a KORG MS-20 sounding filter, a continuous gliding movement from one tone to another. Drawing comparisons to groups like Haus Arafna, Twilight Ritual & Con-Dom, it moreover is informed by his work with The Siamese Pearl, although it is considerably far more “musical”.  When asked about the differences in the two solo projects, Carlos said “I think the difference is in the delivery, especially the gear being used. With The Siamese Pearl, I would rely on more organic sounds like shofars and ritual drums mixed with analog synthesizers. Now it is the opposite. There’s also a special relationship with the music and the art”. Although I believe the relationship with the artwork of The Siamese Pearl to have a relationship, it is not as clearly and consistently presented as it is here.

Having knowledge that during these recordings that Carlos’ was undergoing his own home repairs, I can hear it in this work. The percussion is in fact industrial, utilizing shaped white noise and mechanical hi-hits. The work is also informed by the synthesis, as the drones, variable rumbles & vibrations in conjunction with his use of melodies sets the tone of this mystical, at times ethereal and ”amorous” visual/audio experience. The use of hand-made sound devices, giving it no cultural references and existing as its own unique way, is similar in the footage in the way that the raw material is completely original, using no samples or stock footage. His practice endures Controlled Voltage/Gate, which is a form of using analog electricity to communicate synthesizers – creating a warm and organic, almost biological quality. This praxis uses gate signals (a silent signal/”pulse” that controls the tempo / start and stop) and a way of registering notation in the frequency range (40hz-22.4Khz). Using connector cables, the “master gate” provides an opportunity to link multiple synthesizers, sequencers, noise boxes, etc, when comparable to the alternative – creates a challenge for the music maker – having to precisely change cues in order to gain order, structure. If one fails to properly guide these signals, the musical aspect becomes imminent. The alternative, having been introduced in 1984, changed the entire workflow process by implementing MIDI (Musical Instrument Digital Interface) which is a way of using data to communicate digital & digital/analog hybrid synthesizers with one another. It created a far simpler way and understanding of using purely electronic equipment, with less limitations and restrictions. These limitations are sacred, and can be heard pushing its envelope in “Our Decay “Time Will Eat Its Tail”. The combination of minimal electronics, power electronics and the unavoidable neo-folk influences, blends together to create a pretty catchy, yet ominous composition. That said, each work exists on its own – for instance “I’m Sick:” Sick of The World recruits the legendary Korg/Univox Mini Pops drum machine and the sonic landscape of melodic drones unlike one another.

Carlos’ most formidable group was with the also Miami, Florida based synth-genius Ramiro Jeancarlo of Staccato Du Mal – combined with SDM’s signature analog practice of low frequency modulated synths, air-y high end and use of classic drum machines such as the KR-55 and Onis’ aforementioned signature vocal style came Opus Finis. Known predominantly in the Wierd Records scene/ weekly party community – and having self released their debut album for one of these said parties in Brooklyn, they also had opened for Death In June in 2013. Opus Finis were in fact a large part of the community having been featured on the Wierd Records Compilation, as well as opening for (as did The Siamese Pearl) groups like Martial Canterel, Xeno & Oaklander, Led Er Est, Drew McDowall (of COIL) among others – and Onis’ has strong connections with the infamous BLOODY MINDED industrial collective that featured artist Peter Schoolswerth, who was behind Wierd Records.

Undoubtedly the atmosphere and striking imagery presented in Our Decay: “Time Will Eat Its Tail” is undeniable. I have to only expect the extraordinary, as this body of work is some of my favorite work that was produced last year. Find details concerning the edition of 23 cassettes, as they will be Very Rare, very quickly. 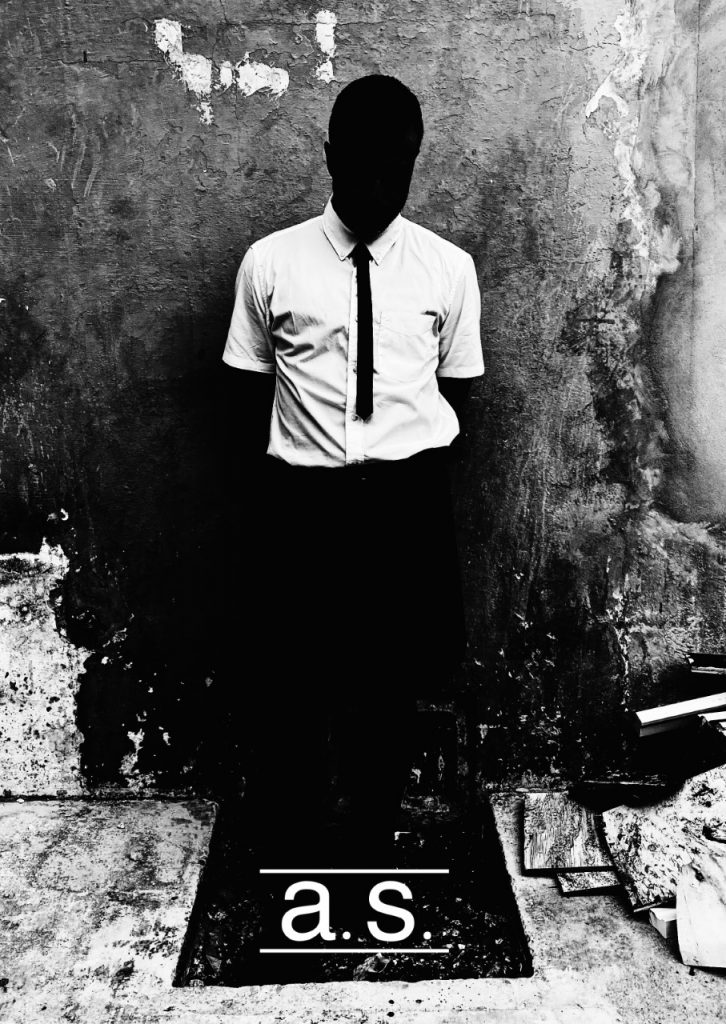 Amorous Sickness: Our Decay “Time Will Eat Its Tail”