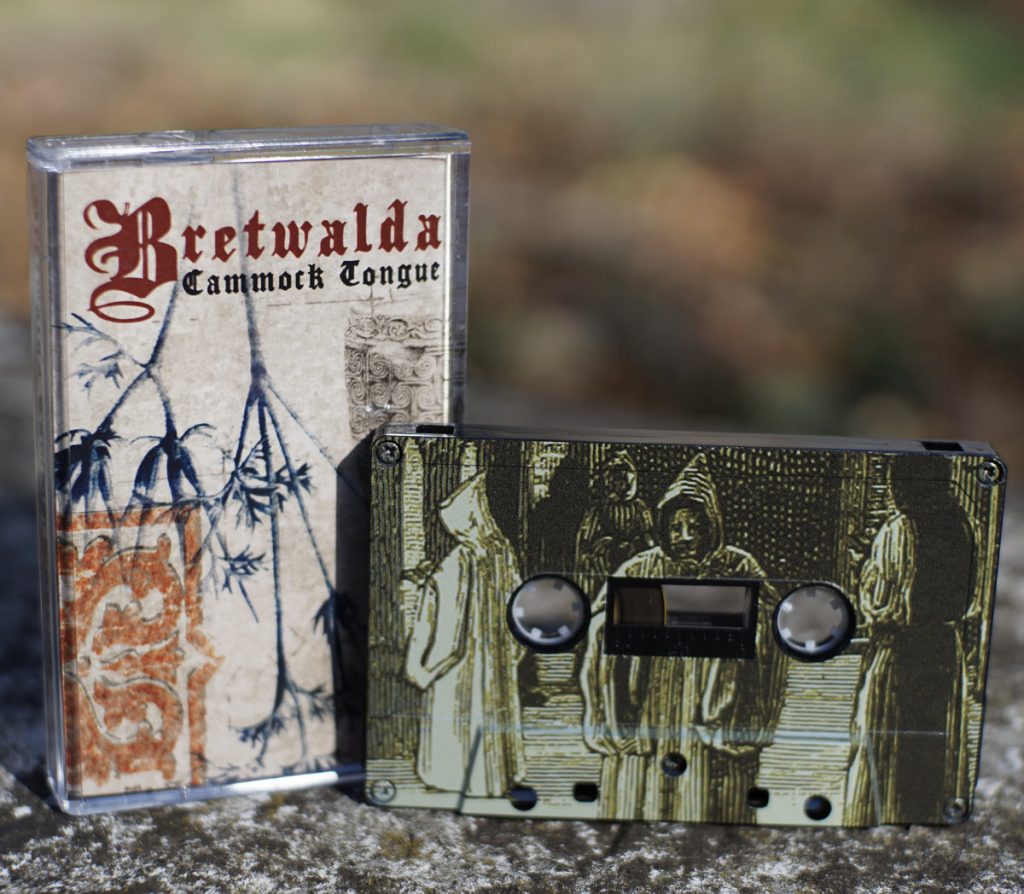 What do you get when you throw an experimentally-inclined Literature teacher from Britain into a bustling Eastern megacity? The answer to this (rather unusual) question is Bretwalda.

From the English city of Bristol, but now residing in Bangkok, Bretwalda is the project of Simon Gould. Bretwalda’s most recent release, Cammock Tongue, was self-produced and released by Rhode Island label, Yuggoth Records.

The Bretwalda project is unique, and I’m not using that term loosely. Described as “peasant-grade electronics” (among many other descriptors), Bretwalda fuses the artist’s background in literature and medieval history with a re-examination of folklore and feudalism’s impact on, and detachment from, the state of modern Britain. This process is undertaken with a sufficient level of distance and the benefit of hindsight from his new home of Bangkok.

What does this translate into? Unpolished Middle-English poetry readings from the 15th century that retain the lingual difficulties of speech from said era, as well as repurposed Gregorian chants. And all the while with the thematic depth of the album being carried by primitive pre-industrial textures and wafting drones.

Opening with “Fallowlands”, the track harbours a delicate vastness with its clouds of synth and organ-like drone. No “beat”, just a constant whipping or ploughing of land, paired alongside readings of seasonal agricultural practices which were undertaken by an unpaid underclass of labourers and commoners. The track is foundational for the rest of the album in the way it utilises many of the album’s key components.

A variety of historical nooks are explored throughout the tracks on Cammock Tongue. “Daunce, Brothers” recites the increasing hostility which the powers that be held toward the peasant pastime of dancing. Appropriately containing the closest thing to “rhythm” you’ll find on the album. While “The Great Vowel Shift (In the North of England)”, with its processed repeated vowels, signifies differences in pronunciation between the North and the South. Such differences are attributed to the North’s earlier contact and influence from Nordic countries, combined with their tendency not to travel which left their speech more resistant to change. This, compared to the South’s greater mobility, trade, and affluence which lead to a softening of speech.

“The Machabre” (in the YouTube video below) features some of the most effective Middle English readings on the album. These slow and spooky spoken passages find themselves accompanied by dungeon synth passages that ponder through the track. Low-end electronics are subdued to the point where only atmosphere is released, evoking foggy visions of castles and mythology from the era.

To some, Cammock Tongue will be wholly inaccessible. To others, insightful and stimulating. There is a well executed atmosphere to this music where despondence meets subtlety that fans of this spectrum of sound will find familiar. Furthermore, anyone with an interest in the evolution of language, or even Shakespearean speak, will find plenty of appeal with Cammock Tongue. The album is disconcerting as it sonically and verbally emits the kinds of destitute conditions behind peasanthood, religious submission, and monarchal overreach that are unfathomable to most. Its rich historical themes and dark ambience at times feeling similar in intent to that of a BBC history documentary.

Peasant-grade electronics? Dark ambient? High-brow electronics? Whatever you want to call it, Bretwalda’s Cammock Tongue is inseparable from its academic origins and finds an unlikely intersection where medieval history, feudalism, Middle-English, and experimental industrial inspirations meet, most probably for the first time ever.

ALBUM REVIEW: KOLLAPS – UNTIL THE DAY I DIE