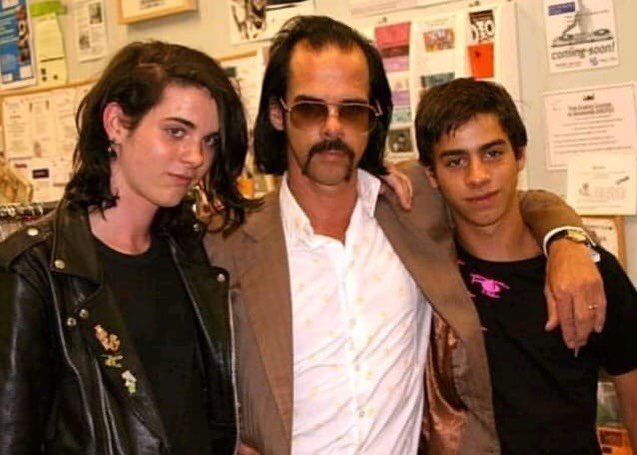 Nick Cave’s eldest son has been jailed for violently attacking his mother in March, 2022.

The Australian born and Melbourne based Jethro Lazenby (occasionally opting for the name Jethro Cave) admitted attacking his mother, Beau Lazenby, at her home in Collingwood last month. The former model was already on bail during the time of the attack.

A court heard that Beau Lazenby found her son at her front door after midnight on 7 March. Jethro then convinced his mother to let him stay the night, after which a bed was made for him before going to bed behind a locked door.

The following morning, an argument broke out between Jethro and Beau. Jethro demanded Beau go to the shops to buy him cigarettes, and when Beau refused, he grabbed her by both shoulders, then “lunged forward and kneed the victim to the face and nose, causing bleeding and bruising”.

Following the incident, as Jethro went to the shops to acquire cigarettes, Beau ran to a nearby pub where she called the police. Jethro was apprehended shortly after, and has remained in custody ever since.

Jethro has pleaded guilty to two charges; one count of unlawful assault; and one count of breaching court orders. Subsequent charges were dismissed after a deal was made with prosecutors.

Jethro Lazenby’s lawyer, Sean Ghattas, claimed a longstanding case of schizophrenia as defence for his client’s actions. Magistrate, Donna Bakos, dismissed the defence on the basis of existing criminal history.

In 2018, Jethro Lazenby was charged and jailed for a number of violent attacks against his then girlfriend. The court heard that during the attacks, Jethro pinned his former girlfriend down and screamed “I’m going to murder you”.

Discipline Mag has exclusive insights into Jethro Lazenby’s former life as a London model. During the 2010-2012 era, Jethro adopted his father’s surname of Cave in support of a modelling career that saw him travel across Europe, and feature as a highlight of the London and Paris Fashion Week events.

At the young age of 18-21, Jethro lived a rock n’ roll lifestyle that saw him rubbing shoulders with fashion elites like Kate Moss, and at dinners with rock icons such as Lou Reed.

Life was full of fun and adventure while the young man enjoyed life in East London’s Hackney. But his personal and professional life deteriorated as the teenager succumbed further and further into a suspected heroin habit.

Lazenby has only occasionally worked as a model since this period.

Jethro Lazenby was born in Melbourne in 1991 to Beau Lazenby, a former model who was in a relationship with the post-punk and gothic rock musician, Nick Cave at that time.

Discipline Mag wishes a swift recovery for Beau Lazenby from the physical and emotional trauma of the incident. Additionally, we hope Jethro Lazenby can receive the treatment and care necessary for him to ease back into society.

Sentencing will occur in May.