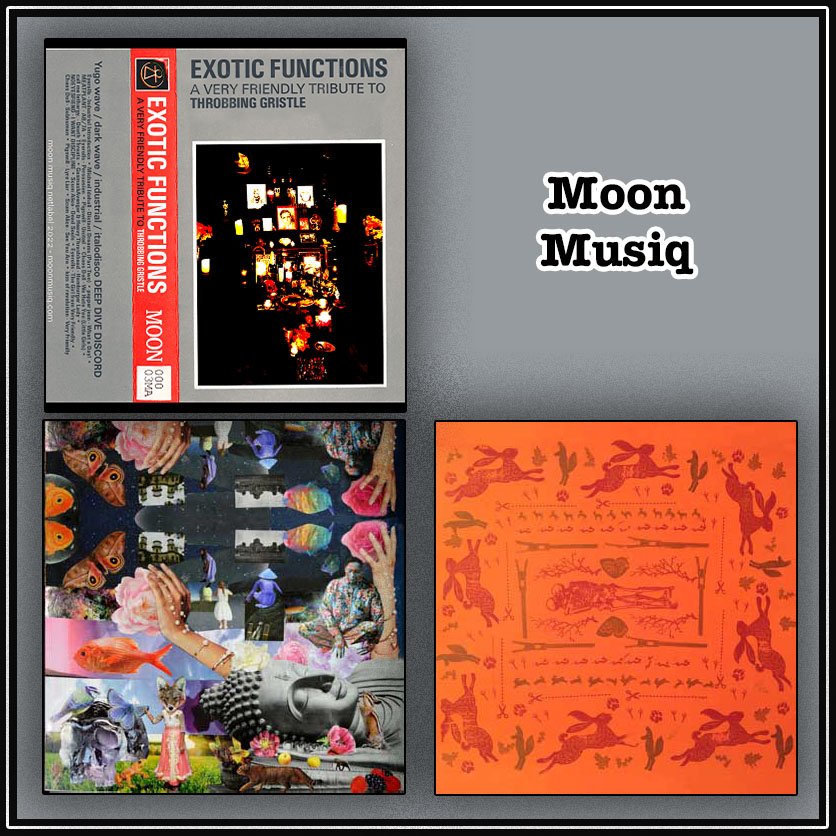 Whoever says “nothing is free” obviously hasn’t met the good people at Moon Musiq. This netlabel is giving away free Bandcamp downloads for their recent releases, and there are some bangers, including a Tribute To Throbbing Gristle.

Moon Musiq was birthed from the Yugo wave / dark wave / industrial / italodisco DEEP DIVE DISCORD, this server being created by none other than ThisMachineKillsMusic. The initial idea behind the server was to create a meeting spot for people who appreciate realms of industrial, noise, and dark ambient. The Moon Musiq was then created to provide an avenue for the community to create and distribute music together. This collaborative notion being reiterated by the number of compilations being released by the label.

On top of Moon Musiq’s communal ethos, they have also raised $1000 for GEMS (Girls Educational & Mentoring Services), an organisation committed to empowering sexually exploited and domestically trafficked women and girls. This is important work, not least because the instability of the pandemic has led to an increased exploitation of sex trafficking victims globally.

So far, Moon Musiq has raised $1000 for GEMS through their Bandcamp sales. This is enough to enrol 10 women into school, providing opportunities to vulnerable people who would otherwise be left without support. While these releases are free and it is encouraged to indulge as such, do think about the impact a few bucks could have on the wellbeing of some of our most vulnerable.

But now, onto the music(q)! 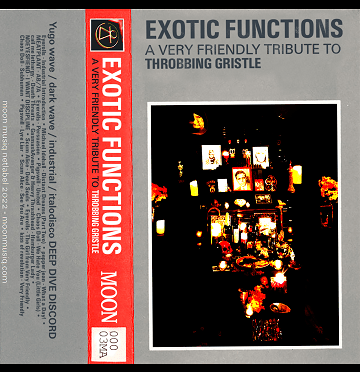 Yep, you read correctly. A Tribute To Throbbing Gristle album featuring 11 artists over 16 of TG’s most revered tracks. The album is housed in a cover that recalls the design of TG’s plethora of live cassettes which were compiled into the TG24 Boxset.

A lot of the tracks here have been reimagined by the artists, but not beyond recognition. The core tenets of “Gristilism” remain, as does a concerted effort to retain TG’s disturbing sonic intent.

Take “What A Day” by Pepper Jean, for example. The track follows a similarly vocal-led approach as the original, but does so with some updated hardware since the late 70s. On the other hand, the NOEYESFIEND rendition of “Discipline” gives the track the DnB treatment.

Some deep cuts from the Throbbing Gristle back catalogue also emerge, such as Scum Alice’s rendition of “See You Are”, which was only found on live releases. And aside from that, a number of more familiar tracks such as “Persuasion”, “Industrial Introduction”, “Very Friendly”, “United” and a whole bunch more make appearances here. 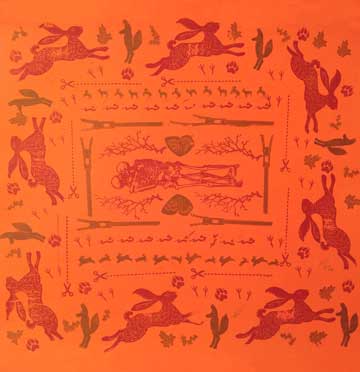 Another compilation, and one featuring many of the same artists. This time around, the artists are performing their own original music, giving them the space to spread their wings.

The theme of this release is “WITCHES, WITCHCRAFT, and MAGICK” and features another 16 tracks and 11 artists. The result being an array of noise, drone, and all around eeriness. A playlist of visual accompaniments to each track can also be found at this YouTube Playlist.

Despite coming from 11 different artists, there’s a strong sense of fluidity here. The release opens with some noise influenced pieces from Eyerolls and Call Me Lethargy, before taking a detour down the dark path of dark ambient from KrəSH Ambien, Scum Alice, and Kiss Of Revolution before weaving its way through a variety of affiliated sounds. It all ends with some particularly enjoyable lo-fi tonal haze from Usagi with “The Descent Of Ninety Nine Mortal Steps”.

Something wholly apparent on this release is the bond shared by these contributors. Evidently, this diverse crew of artists are operating on a similar wavelength as they manage to find fluidity and cohesion between the wayward sounds they individually create. 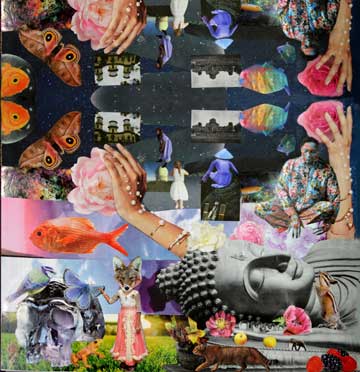 Dubbed “a relaxing digital dream”, Are You Shivering? is a compilation release that features 11 artists (including some newcomers) and 12 tracks that embrace the theme of sleep. All tracks also come with their very own visual accompaniment, with the first being in the playlist below:

However, don’t be tricked by the theme – soft pillows of sweeping ambience, this release is not. Glitch, noise, and jack-hammering all manage to animate these tracks, signalling an affliction with insomnia rather than with being well-rested.

Case in point, “sleepparalyssis” by Kiss Of revolution, a full on noise assaults by Vay, and the mechanical loops of “We All Dream of Waking Up” by Eyerolls. Although the sounds explored here are modelled around sleep, they have more in common with a wake in fright than they are conducive to this practice.