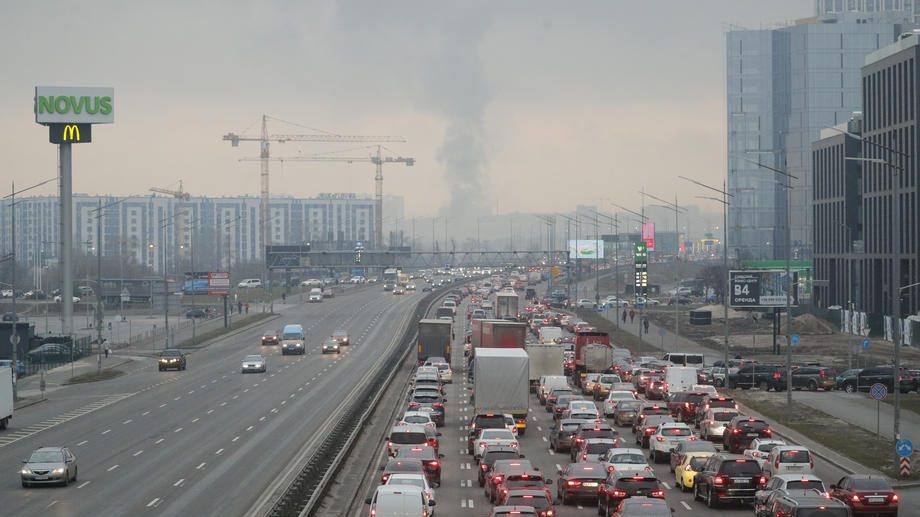 Ukraine has come under attack by Russian military forces. The tension that has been building for months finally bubbled over into a full-scale invasion. This fact, in spite of repeated reassurances from Vladimir Putin that there was no such plan to invade.

Misinformation has since prevailed. The Kremlin has now dubbed the invasion a “peacekeeping mission” for the cause of “denazification” from the capital Kiev and to prevent an “ongoing genocide” comitted at the hands of the Ukrainian government. This narrative is rejected by the international community who (aside from the Chinas and North Koreas of the world) unanimously support the democratically elected Ukrainian government, led by former comedian, Volodymyr Zelenskyy.

Since the Russian invasion, Ukraine, a country of 44 million people, has descended into chaos. Europe is now sitting on the precipice of a humanitarian crisis as thousands (or millions) of Ukrainians flee West into the bordering European Union nations of Lithuania, Latvia, Poland, Hungary, Slovakia and Romania. For civilians who stay, the Ukrainian government is now providing them with weapons to assist in the push against Russian forces.

The situation has been developing quickly, but even in this short period of time, different methods of support for both the resistance against Russian forces, and the Ukrainian people have appeared. Bitcoin donations to the Ukrainian army have soared, and a liberal refugee policy led by Poland have been just some of the ways support has been shown.

But what can I, a humble follower of the underground music scene, actually do to help these people? The answer: Support Ukrainian artists on Bandcamp.

The idea here is this – if you like what you see, hear, or read, you go and you buy their music for whatever you can afford.

The money you spend will go directly to artists, which you may take some comfort in knowing. However, if donating to charity is more your style, please donate to Razom For Ukraine. A link to their Linktree is below which contains around a dozen donation options and causes.

As for the music itself, Ukraine has a lot of metal bands (especially black metal), but also a number of drone, experimental and ambient artists were uncovered. This list will be updated periodically, so if you see this and feel any artists should be added to the list, please add this as a comment to the social media posts.

Starting with a black metal band. svrm (all lowercase) make shredding black metal that taps into both atmospheric and post-black metal. Not unlike Deafheaven, and with impressive artwork.

The artwork here was a huge selling point. This is some pretty energetic goth club styled industrial EBM which is pretty fun. Think a sweaty German club in the late 80s. Front 242 would be proud.

A band that wears many faces, but is ultimately defined by its heaviest. Long interludes and ambient passages are merely cushions for the lo-fi noise sludge that this group does best.

A highlight thus far – drone, dark ambient, dungeon synth with a sprinkling of abrasion and a heavy helping of female vocals to float through it all. Pleasing experimental music from what seems to be a solo female project with big ideas and a pretty solid delivery. For people who’d prefer not to conduct their rituals in silence.

Freak out – this one’s a little on the psychedelic side. Drugs references and riffs are the name of the game for this Kyiv based stoner band.

One of the bigger names on this here list. Stoned Jesus do little to alleviate the drug themes and deliver their signature brand of fuzzed-out stoner doom.

Another bigger name, feel the ocean breeze through your hair with this slow and atmospheric doom music. Merch galore happening on their BandCamp page.

Where Fear And Weapons Meet! I think this band can see into the future. The cryptic band name and evocative album title says it all – shredding riffs, blast beats, and blackened vocals in one big triumphant package.

More metal \m/ White Ward take the avant-garde path of black of black metal. Icy riffs, a whole lot of different instruments including keys and brass, and a well-executed atmosphere.

Psychedelic & garag-ey. More than anyone else on this list, this group are writing songs. Dreamy, and probably fit for a rather wide audience.

Depressive black metal that is ripe for the times. Unholy and dark with underlying keys, soul consuming shrieks and cries. Razor sharp and atmospheric.

I’d seen Këkht Aräkh’s The Pale Swordsman around, and read a review in Exhale The Ash Issue 2 (a Poland-based DiY metal zine – follow the link to follow Exhale The Ash on Instagram). A sombre yet powerful take on the genre.

This doesn’t fuck about. Self described as “cosmic black metal”, give it a listen and chuck them a few bucks to find out why.

Ukraine’s appetite for black metal is strong. Raventale slow things down with an emphasis on atmosphere and an impressive vocal performance.

From the Bandcamp page: “Sidus Atrum is a one-woman blackened death doom project from Ukraine“. Highs, lows, growls and whispers – well worthy of your support!

Taking a neo-classical approach to doom in the footsteps of My Dying Bride. Impressive growls and a depressive streak.

By their own admission: “sludgy polyphonic post-metal with saxophone.” Plenty going on with this band.

A recommendation from Denmark, and not an easy one to classify. A whole range of instrumentation, a little bit choral, and including tense build-ups and acapellas.

Bringing some ambience to the list, this project from Kyiv creates layers of drone from both synthetic and classical means. Lots of experimentation with sounds combined with a mature approach to their discipline.

Post-black metal with atmosphere, great vocals, and a female lead.

Another act leaning more to the punk end of the spectrum.

A tip-off from from those in the know. The next big thing.

Bubblegum industrial pop for those still listening to The Matrix soundtrack.

This webpage isn’t going to hold many more embeds. Further suggestions can be found in the comments 🙏

The purpose of this article is to gain support for those who need it in Ukraine. Please buy this music and/or donate to the charity Razom For Ukraine if you can.

HOW TO DRONE: AN INTERVIEW WITH AIDAN BAKER OF NADJA